Solidarity in the Storm: Hurricane Matthew This article was written by Haiti Communitere board member, Louino Robillard, a community activist in (and native of!) Cite Soleil. Thoughtfully expressed by someone who is living and raising a family in his native Haiti, it is a must read for everyone who loves Haiti and its people.

It has been a strange past few days for Haiti, waiting for the landfall of the powerful Hurricane Matthew. Yet perhaps the strangest thing was how familiar it all felt – the impending danger, the skepticism and fatalism of my fellow Haitians, the news headlines with “Haiti” and “crisis” and a few foreboding adjectives. Every year it seems, there is a new crisis that we as Haitians are called upon to be ‘resilient’ against. And we are. We are resilient. We are too resilient. We are crisis professionals.

And during every crisis, there is an amazing metamorphosis that takes place among Haitians. In normal times, we are a complicated mixture of the extreme competitiveness that survival and hustle brings, and a kind of mutual assistance that comes with recognizing that we are all at the bottom of the same barrel. But at the first gust of rain or drop of wind, at the first shake of the earth, we awaken not only resilience but this wellspring of solidarity inside of us. I saw this most clearly after the earthquake that rocked my country in 2010: for the days after the earthquake, I saw people struggling to pull strangers out of the rubble, sharing what little water and food they managed to salvage, sleeping in the open next to people they’d never met before. This was especially stark in Cite Soleil: my hometown, a place normally divided by gang conflict and territories and allegiances. On the night of January 12th, 2010, all of the blocks slept together as one in the public square in the heart of our municipality. That solidarity disappeared as soon as we began fighting over relief supplies a few days later.

I saw this again during Hurricane Matthew. Contrary to what many picture, Haitians are anything but passive victims during a disaster, especially during a hurricane. Yes, some people did decide to stay home, but they chose to do so. There were dialogues happening on street corners about whether to search for higher ground or stand their ground. Some decided to trust the government, some decided to trust God, and some decided that they simply didn’t trust anyone. They were not paralyzed like deer in headlights – they had agency, and were making decisions based on the information they had.

And other Haitians understood that and went to speak with people to have those conversations so they could make decisions. I spent the two days leading up to the storm walking around Cite Soleil, just talking with people in their doorways, on the football pitch, on the docks. Others across the country were doing the same – taking time to meet people where they were, trying to get them to understand the danger. And others did this through social media – spending hours communicating with people to alert them to where the storm was, to be vigilant, to search for higher ground. Haitians are naturally (and for good reason) skeptical of authority, and so ordinary people took the time to reach out to neighbors or even strangers on social media. We didn’t always succeed in convincing people, but we will also never be able to calculate the number of lives saved by Haitians taking the time to talk to Haitians. When the radios were playing music, we were talking to each other.

And during the storm, while we all hunkered down and prayed that our roofs stayed on, we weren’t passive. Again, social media provided an incredible platform for us to connect even while we were shut inside. We were of course watching how the media portrayed the event (and shutting down reporters who spread strange stories about us eating trees and people posting fake images), and were frustrated by not knowing where the funds being raised online were going. So instead of waiting, a WhatsApp group called AYITI INFO started its own pledging campaign among its 150 members, all Haitian. Every member committed to at least $50, and that will be going directly to local groups in Jeremie. $7500 may not look like much compared with $400,000 from USAID, but these were large donations for the people who gave them, and will get quickly to the affected area.

And this went beyond words and into action. Myself and a few friends went out during a quick lull in the hurricane to deliver clean water sachets to people stuck in Cite Soleil. Most families make the money for food each day by selling, and the markets were closed, so we knew there would be hungry families. We couldn’t feed the half a million inhabitants of Cite Soleil, but we could buy 3000 gourdes worth of crackers and snacks for neighborhood children, and people appreciated it. It wouldn’t fix their food insecurity, but it was a comfort, and given by neighbors in dignity and friendship, not charity. The action itself was a collective effort, a blend of solidarity and participation we call konbit: myself and Fedras Jerome (a fellow Soleyan) driving around in his girlfriend Jess Laporte’s car, the water donated by Haiti Communitere (a community resource center that functions as a grassroots disaster response base) and the snacks bought with money sent from my wife’s parents. Haiti Communitere would continue to help us provide hundreds of meals to affected neighborhoods in Cite Soleil, following our direction, our priorities, our leadership. That is the kind of partner communities want after a storm.

A few hours later, a friend named Romel who hails from another ghetto, Grande Rue, called me, saying he had 25 containers of hot meals that he wanted to send to Cite Soleil, which we delivered before the winds had completely died down. Each one was given neighbor to neighbor, the comfort of a warm meal given to you by a friend. Again, this may have only fed 75 people out of hundreds of thousands, but these small acts of solidarity were being replicated across the country, and from Haitians living abroad. Some were as small as a phone call: I received a call about Cite Soleil from Odette Roy Fombrun, a 99-year-old Haitian intellectual who pioneered the idea of Konbit as our national social contract. These are two examples of solidarity for my community – one from another ghetto, one from the heights of Petionville. Konbit crossing class lines.

These acts may seem small to you, but already we are hearing stories of neighbors helping neighbors escape damaged houses, strangers sheltering strangers, actions that save lives. What I shared above were simply a few small examples from my experience as one person on the edge of this storm. Multiply this by thousands if not millions of other people who were in the path of Hurricane Matthew and were drawn together by these acts of solidarity. No, this assistance was not systematic or scientific or scale-able or even sustainable. But it was real, and we were there for each other, and were cemented together by the strange mix of solidarity and fear and grit. We were the state when the state was absent. We were the aid when the aid hadn’t arrived. We were the comfort in the storm.

But I am afraid that this next part will also be familiar: the fading of that solidarity. As the crisis fades and the merchants return to the markets and relief comes from the outside, those bonds will fade. There is an election that will be rescheduled in the near future – either we will return to being bitterly divided partisans, when for a few days we were simply Haitians, or we will return to being apathetic about the future of our country, which we somehow cared about when it was threatened by Matthew. And I wonder when one day we will stop being so resilient, when we will get tired of transforming into heroes in every crisis. When we will learn to show this same solidarity every day, to prevent crises, to build our country so that it can withstand hurricanes and earthquakes and market shocks and elections without crumbling?

There is a Haitian proverb: “after the dance, the drum is heavy”. After the excitement of the crisis fades, we need to confront the fact that we have a ravaged country to rebuild. Roof by roof, farm by farm, wharf by wharf. We don’t yet know the extent of the damage in the southwest of the country, which took a direct hit (Cite Soleil and Port au Prince as a whole were spared from the worst of the storm). The rebuilding is not driven by adrenaline or surges of solidarity. It is hard, heavy, tiring work. Our state currently cannot lift that burden on its own, so people will come from all over the world to give us aid. They will help us carry the weight this time. But it is our weight to carry, our burden, our heavy drum. How many more times until we carry this weight ourselves? How much longer until our solidarity isn’t dried up by the first ray of sunshine? How much longer until we can keep our promises to each other long enough to rebuild a nation?

We will find out when the next storm hits. 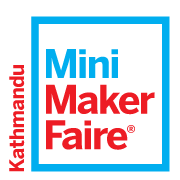